What brings out the worst in people

What can having an affair mean about a relationship

In my last article, we talked about learning from an infidelity, which looked at understanding what had brought on the affair in the first place and how it was related to the relationship. When you take the time to question yourself on how you contributed to the relationship issues, whether you cheated on your spouse or you were cheated on, you can start repairing what had already been broken.
It was briefly mentioned how partners can neglect and betray each other in a relationship in other ways than being unfaithful. In a relationship, we have unwritten rules and expectations from each other that we rarely if ever talk about. When they are not clear, it can lead to many dissatisfactions surrounding the relationship and then partners tend to take it out on their spouse’s when they feel that they’ve been wronged concerning their expectations.
Take the time to reflect on what exactly were yours at the beginning of the relationship and what are they now. Have they changed? Does your partner know about them? Do you know and understand theirs? Did you just assume they had the same as yours? Do you feel you have been taking care of them? If not, why did you neglect them? Does your partner take care of yours?

As humans, people tend to feel entitled to certain things in a relationship even though they don’t even do their own part. When we feel that our partner must answer certain demands of ours without even considering if they want to or can, this creates a lot of frustration. When we feel that our partner has neglected some of our expectations, we can sometimes be compelled to get revenge and just be mean to each other. Sometimes, we will neglect their expectations and demands because we want to punish them. Eventually, you end up with 2 people constantly punishing each other for the lack of effort each of them puts into the relationship.

Wanting sex and not getting any

Let’s give an example of how entitlement and our expectations lead to hurt feelings and bruised egos. Sally wants more sex than Kim who has always been the partner with lower sexual desire. Sally feels that sex is something that couples are supposed to do in order to be happy. Kim wants quality time and to have shared responsibility concerning the kids and the housework. When one of them doesn’t get what they want, they don’t give back what the other one expects. Eventually, each partner builds up frustrations, feelings of entitlement, resentment and the seed of revenge is slowly and painfully making its way into the core of the relationship dynamic. Both partners feel hurt that the other one isn’t taking care of them, but neither is willing to give out first because their egos would have to take a hit.

Revenge is sweet but ultimately bitter

Even though revenge for most people is seen as a bad thing, it doesn’t take away the instant satisfaction you get out of doing it. Most people will deny that they have this tendency but rarely do people not have the knee-jerk reaction to use it when they feel they’ve been taken advantage of. Admitting that we do this in our relationship with our spouse is what most people would consider relationship suicide and the cause of an instant separation. If you ever do admit to it, do yourself and your relationship a favour: Do NOT pretend this is an unconscious thing!
The thing that is hard about stopping revenge is that we actually truly enjoy it. We feel entitled to it even! When you get two spouses playing the revenge and entitlement game, you end up with a lot of hurt feelings and a very unhappy relationship. This relationship dynamic isn’t always so obvious, as it can be very subtle and ultimately very hard to even perceive.

Being vengeful by having an affair

The subtleness of entitlement and revengefulness in couples is what can lead sometimes to be unfaithful. One partner might just use this reasoning to go seek elsewhere what they wanted from their relationship all along and that they feel has been neglected. All the while knowing, that it was done out of spite to their partner. You might be thinking that this is a monstrous way to look at relationships and people. I would absolutely agree, but it is also the way you can bring the best out of people. As David Schnarch, so clearly says: « the best in us brings out the worst in us because the worst in us denies its own existence ».

Confronting our own inner demons

When partners in a relationship individually decide to face the horrors they have been putting themselves and their spouse through is when the real change can begin. When we deny what we purposely do to our spouse out of revenge and entitlement, we create an even worst dynamic where we perpetuate the myth that we are just not capable of being a better person.
ARE YOU WILLING TO FACE YOURSELF IN FRONT OF YOU PARTNER? 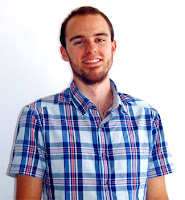